New York is not an ordinary city, and neither are the bikes. 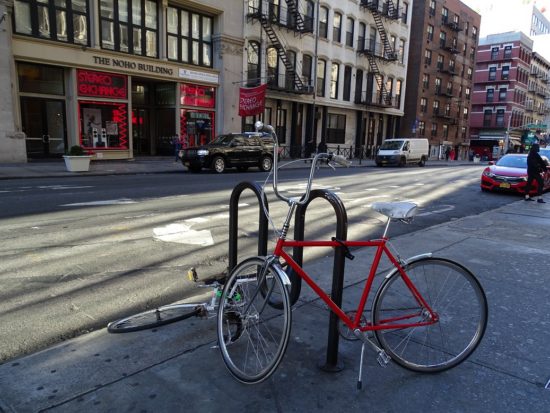 My final big bike adventure of the year began in New York, from which I flew to Texas, following by Missouri, to finally reach Rogers Bentonville, Arkansas. As you can imagine, a lot happened in the meantime, and even more happened during the IMBA World Summit. It will take me a while to go through all my photos, not even to mention writing some sort of review of what I did, and what I learned there. I will get there, eventually, yet now procrastination is my solution. Instead of writing about the Summit, let’s post some photos of New York’s bikes. Thanks to jet lag, I seem to have lost my creative insight anyway, so writing might not be the best idea ever. Posting photos however, seems to be achievable, so here we go 😉 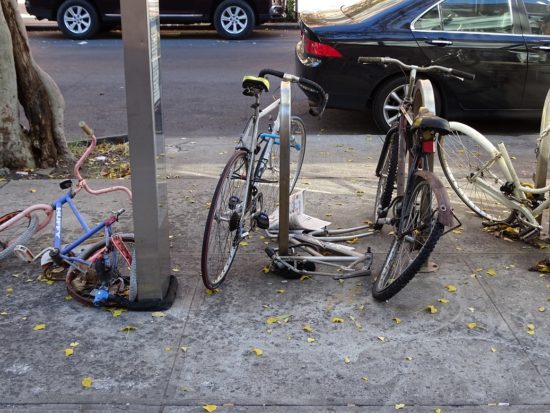 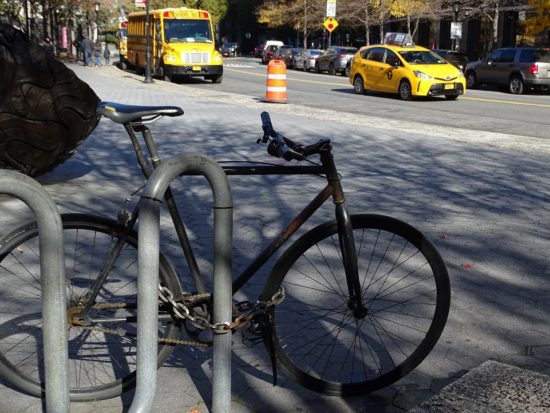 check out the chain! 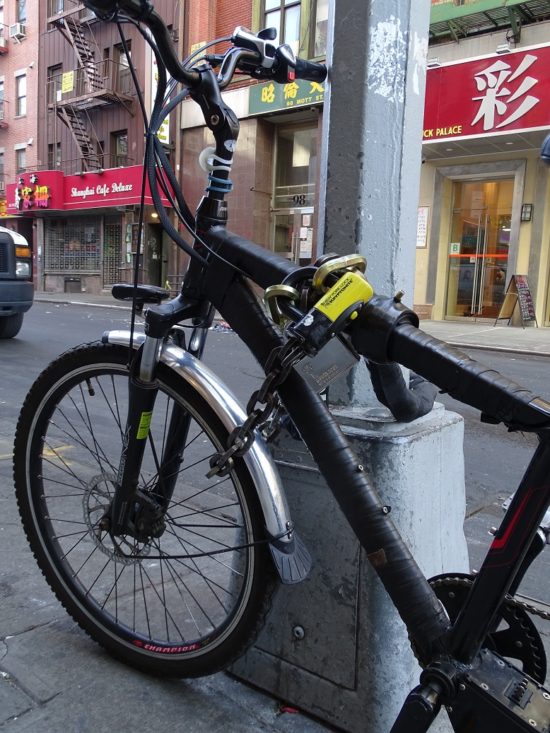 and the tape around it! 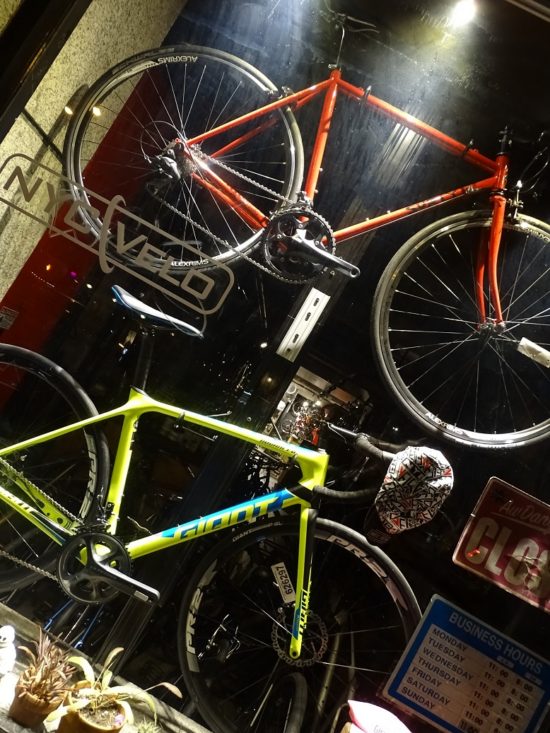 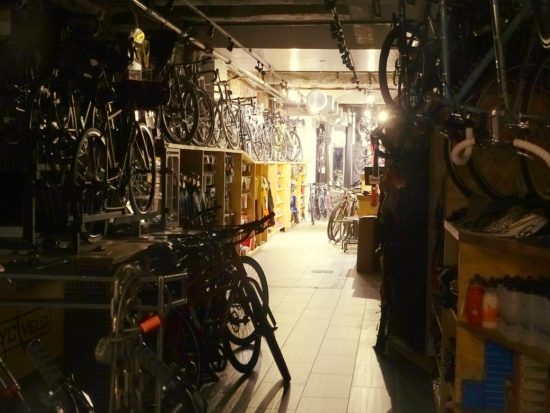